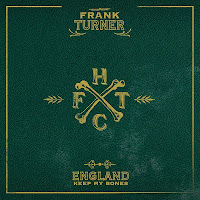 Frank is one of the hardest working artists out there right now and without stopping his constant touring he's back with an album that has taken him to the edge of the mainstream, does it match the anthemic songwriting of his prior efforts? Maybe not, but there are plenty of memorable moments that make it worthy of my Top 5.
Stand out track: 'Redemption' 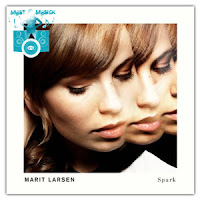 Marit is my future wife, she's just playing hard to get right now, but in the mean time I'm enjoying the third album by the Norwegian songstress. If you like folk music right at the poppier end you're gonna love this album.
Stand out track: 'What if'

3. Ben Marwood - Outside There's A Curse 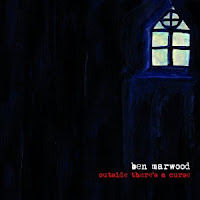 I'll admit the first time I heard Ben I wasn't won over immediately, I was 'hounded' into listening to him by a couple of my friends, and then out of the blue I was asked to support him. Come his live set I got what all the fuss was about, and suddenly I realised where the magic was live. After that the album has been on repeat and I've been to see him play again in York.
Stand out track: 'I Will Breathe You In' 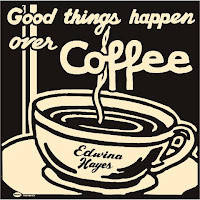 I met Edwina at an acoustic guitar party just under a couple of years ago, we got chatting about music and my then unreleased album, she gave me a lot of advice about how to get the CD pressed and released, and then more recently she contributed some amazing backing vocals to my latest E.P. Anyway to the album, this is one of the most honest, heartfelt albums I've heard in a long time, the recording is done in a way that you feel like she's in the room with you.
Stand out track: 'Nobody's Coming Around' 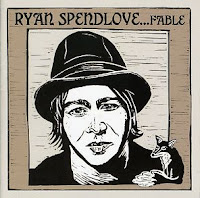 For me Ryan is hands down the most talented singer songwriter in the U.K right now. He recorded this album within a week, mostly in one take via Candyrat records in the USA. 'Fable' is hard to pin down as a genre as he touches Blues, Folk, Pop and Gospel all delivered with a voice to die for drenched in vibrato. He's very proud to show his Yorkshire accent in the songs and it works.
Stand out track: 'Silicone Puppies'
Honourable Mentions: Blink 182 'Neighborhoods', Joe McCorriston 'One Day', The Swellers 'Good For Me''
Posted by Unknown at 11:36 No comments:

The reason why I do it.

Being a musician, the music element is only a small reason why I do it.

It's not about the perceived level of fame, the money (lack of!), or it's not about putting all your ambitions and dreams into reaching a goal of trying to be the next big thing that you forget to enjoy the present time.

For me it's about being given an opportunity to make a room of people come together as a community all sharing the same passion. It's all about meeting with other artists and promoters at the shows and sharing your experiences. The friendships that you form. The smile it puts on your face when there's that one fan that comes along from miles away just to see you perform. People telling you that a song of yours got them through bad times.


Thats what makes what you do worthwhile.
Posted by Unknown at 11:57 No comments:

I've been to my fair share of open mic nights over the past 2 years, I even won an award at one (sad I know) and I've witnessed a whole range of performers from complete beginners to seasoned pros that play. Here's what I've learnt along the way and probably broke a few of these unwritten rules myself.

1. Have your instrument tuned up before you go on.
An acoustic guitar will need to adjust to the ambient room temperature so chances are that if you tuned your guitar at home and bring it out into a different climate it might be out of tune. Also when the artist before you is playing their last song, start getting it out of the case etc. Time is always precious at popular open mic nights. So don't be in the toilets or outside when your name is called up!

2. If it's a 3 song rule...
Don't play 3 epic ballads which have 6 choruses and go on for 7 minutes each. 1 long song is fine, but make sure you compromise with a couple of short songs. Songs should ideally be no more than 4 minutes long. You might see people starting to yawn if you take advantage by playing exceptionally long songs!

3. No life stories in between songs please.
30 seconds of chat is fine and a bit of crowd interaction is better than none. You can do the life stories at your own gigs.

4. Stay to watch at least a few of the other performers after you've played.
There's nothing worse than seeing the all important musician quickly scoot of after playing his or her set. If you have to be somewhere please at least stay for the next artist after you, it's just courtesy.

5. Alternate tunings in between songs.
Spending a couple of minutes in between each song tuning to DADGAD or some exotic tuning doesn't go down great. Only attempt it if you can do it quickly.

6. When you mess up, as we all do.
Don't stop the song! I've seen amateurs and pros do this. If you make a mistake, no one cares so just carry on. If you are a self conscious person, stopping the song or admitting mistakes is the worse thing to do to draw attention to yourself! If you really have to stop the song, don't start again right from the start, just carry on from the 2nd verse or wherever you messed up.

7. Introduce the songs.
This might seem a bit of a no brainer, but the amount of performers I've seen go into songs with no introduction always leaves me wanting to know if they wrote the songs themselves or which artist it's by.

8. Be supportive and encourage other performers.
Remember we all start off somewhere, and the place where most people learn to perform in front of people will be at an open mic. Go and tell someone afterwards if you enjoyed their set, it really makes the difference between a bad and good night. There is a huge difference between having a song down perfect at home and then bringing it in front of people. Nerves and stage fright will be the biggest thing to overcome for most beginners, so applaud generously you could be seeing the next big thing.

If you agree with the above tips, please pass this on and let's try to make open mic nights a greater experience across the country!
Posted by Unknown at 17:29 No comments: